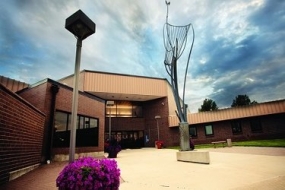 July 17, 2019 – Richland community college is offering a path to immediate high paying highway construction jobs with a free training program.  The program is offered by Richland and the Illinois Department of Transportation and includes 450 hours of training to learn basic construction, safety and job readiness skills.  To qualify for the training program, you must be 18 years old, have a valid driver’s license and a high school diploma or GED.  To be considered for training, you must attend a mandatory orientation Today at 2pm or tomorrow at 10am or 2pm..  For more information, call Seth at 875-7211 extension 6321. 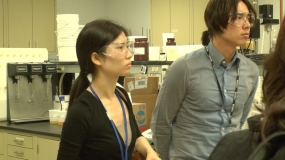 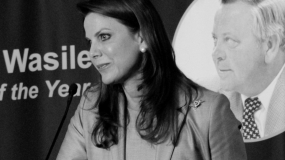 DECATUR – With students representing over 20 countries, Johns Hill Magnet School is showcasing their culture, along with their science program.

“We have science fair exhibits from the kids along with inertia games from my 8th graders,” says physics teacher Mrs. Bartimus.  “We set up games so the younger group of students can learn about physics and gravity and things of that nature.”

The other half was the Cultural Arts portion, as JHMS supports English as a Second Language, or ESL, students.  Representing so many different cultures, so and so says it is important for the students to share and learn about their classmate’s backgrounds.

“I think in a community our size, it is pretty amazing to have such a depth of diversity here,” says arts teacher Mrs. Ganley.  “We embrace having new cultures here – it’s really what we are all about and the students love it.”

Students of all levels participated, earning medals for their science exhibits, and stickers were given out for students who “traveled the world.”  Mia, a student with Dominican heritage, says it helps her get to know her fellow students.

“I think the science and multicultural fair is really great,” she said.  “I’m glad I got to dance with my Hispanic culture club and show a bit about our backgrounds.”

Congratulations on fifteen years, Dr. Saunders. You will be missed!

DECATUR – The Decatur Public Library board says they are still in favor of selling the library to someone better equipped to handle the necessary maintenance costs.

The board met on Thursday night where City Librarian Rick Meyer presented two separate budgets for Fiscal Year 2016.  One budget showed the numbers that would be involved if the library were sold to the Public Building Commission.  The other budget scenario is where the library retains possession of the building and they would have to cover the maintenance costs.

“We think the budgets presented tonight make a lot of sense,” says Phillips.  “They are very conservative because we are not trying to spend any more taxpayer money than we have to in order to maintain this facility.”

“Everyone knows that the status quo cannot be maintained,” says Phillips.  “We have very serious building issues that have to be addressed going forward.  One way is for the building commission to do it; the other is for someone else to take care of it.  Either way, they all cost and they have to be addressed.”

Phillips says they plan to get in contact with the city’s financial team directly, or meet with the Mayor and City Manager face to face to try and speed up the process.  Phillips doesn’t believe they can operate much longer with all of the maintenance upgrades necessary.

“We just want to send these budgets to the council in one form or another and hopefully it will spark a decision from the city,” said Phillips.

Personally, Phillips believes the best possible option at the moment is to go through with the deal with the Public Building Commission because they will cover the maintenance costs.

“Clearly in my mind this is the best option still on the table,” he says.  “I’m thinking from a citizen and taxpayer’s point of view here.  The library doesn’t need to be spending the city’s money to fix the library when someone has already agreed to do it.”

Phillips hopes that the budgets will be looked over fairly soon by the city council, but, for now, he says it is in the council’s hands again.

DECATUR – A beer brewing company is coming back to Decatur after a near 100-year hiatus.

“Decatur Brew Works” is under construction in downtown Decatur and will be located at 101 N. Main Street.  Dreux Lewandowski is one of the partners and says the last time a brewery was in Decatur was in 1916.

“Our concept kind of pays homage to what Decatur Brewing Company used to be,” says Lewandowski.  “Here at Decatur Brew Works, we will be bringing hometown beer to Decatur.”

Lewandowski says they hope to initially be brewing 4 beers, but will also have a taproom with 24 total taps.  Decatur Brew Works will not be serving food, as Lewandowski and the other partners say they are “not cooks.”  Partner Micah Koll says they will let people bring in food, however.

“Our business is beer,” says Koll.  “We are bringing Decatur a beer to call its own, finally.  This will be a place people can congregate and bring food in from anywhere downtown.  They can come in here, order a pizza and drink our beer if they choose.”

Koll, Lewandowski, and several other partners are Decatur residents, but that isn’t the only reason they want to bring the brewery to Decatur.

“We saw a gap in the beer culture that is really booming in central Illinois,” says Koll.  “It is booming all around us and it just needed to come here, so we are jumping at that opportunity.”

While it may be early, considering the brewery isn’t even completely built yet, Koll says they do have future plans.

“As the youngest partner in the group, I have stars in my eyes,” he says.  “If we could expand I would love to become the next Dogfish Head or Rouge.  It would be amazing to do that, but if all we ever did was here in Decatur, I would still call it a success if we become popular.”

Lewandowski says, as a more senior member of the group, he has a more conservative goal.

“My personal goal is that business is strong and booming every day, that we try and make new friends in the community, and that we introduce people to beer,” he says.  “In the long run, with God’s willing, we could do well and end up expanding.”

Lewandowski hopes to be up and running by November 1st in the best case scenario, but worst case would be the end of November.  He says they will be launching a Kickstarter campaign sometime soon as they will call on the community to give them a little help.  Lewandowski says they want to have the latest innovations, but that requires a good amount of cash.

“I think there is a built-in audience here in downtown Decatur with everyone that works around here,” says Lewandowski.  “We won’t be opening till 4:00, which is right around the time people get off work.”

“This is a totally unique concept to anybody in Decatur,” says Koll.  “You have to drink other places’ beer there, but you can take ours home.  If you want to watch the football game on Sunday, you can come by and grab a beer to take home with you.” 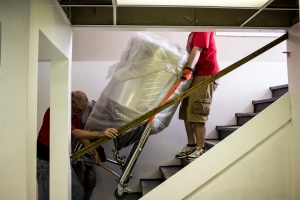 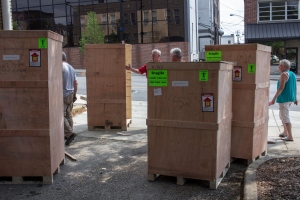 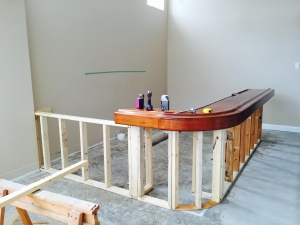 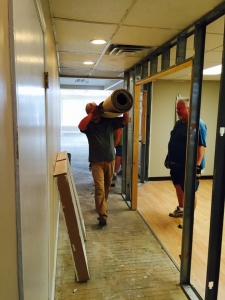 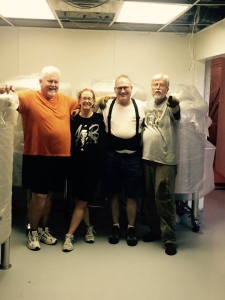 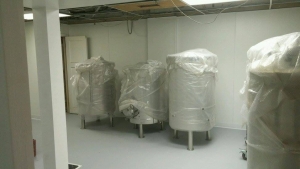 DECATUR – Seniors from all over Macon County received free health screenings and information about state and local programs during a senior fair on Wednesday.

The fair was put on by State Sen. Andy Manar and Rep. Sue Scherer and featured free health screenings, information from the Dept. of Veteran’s Affairs as well as the Secretary of State’s office, and several booths handing out information about programs at the state and local level.  Senator Manar says it is important to have fairs like these where seniors can learn about opportunities they can take advantage of.

“First and foremost, this fair gave myself and Rep. Scherer the chance to speak directly with seniors,” says Manar.  “It is also an opportunity for seniors to come and get services available to them in one place, not spread out all over the state or locally.”

Sen. Manar said the senior center indicated that some seniors were not aware of what services they have available to them.  He says some of the visiting seniors came to learn about one thing and ended up leaving with a much larger amount of information than they might have anticipated.

Rep. Scherer says it is fairly simple why they put on this event.

“Just like I want good care for my 94-year-old mother, I want all seniors in our area to have a helping hand to get what they need,” said Scherer.

Executive Director of the Decatur-Macon County Senior Center Leslie Stanberry says they greatly welcomed the senior fair because it is hard for some seniors to get everywhere they need to go.

“These people know the Senior Center,” says Stanberry.  “They might not be familiar with some of these companies and sometimes only interact through a phone call.  This way they can ask questions directly, and if one place can’t help them, they simply have to walk a few feet to find the answer to their question.”

Rep. Scherer and Sen. Manar are hosting similar fairs across their districts throughout September, and plan to be back to Decatur in the near future.

DECATUR – Dozens of Decatur residents marched in the final “Journey to Justice” rally on Tuesday night.

“The National branch walked 860 miles on their journey for justice, but we just had a journey on smaller scale while coinciding our efforts with them here in Decatur,” said Norman.

Dr. Norman says they have a few goals they wanted to achieve with these rallies.

“We wanted to build awareness in addition to help people register to vote,” says Norman. “We also are pushing for the passage of the Voting Rights Advancement Act of 2015. We will be circulating petitions to encourage our congressmen to pass this.”

She says they began the walks in Decatur back in August and believes they made some good progress over the last month and a half.

“I think we’ve been very successful,” she says. “We have built awareness about reforming education, and reform in the criminal justice system. People told us that they didn’t even know about some of these things happening in our own community.”

Dr. Norman says they had a booth set up at the church to get people registered to vote, and they plan on following up with those people to encourage them to go out and vote when the time comes.

Tuesday night was the final rally in the “Journey for Justice” initiative.

“When people start making the changes we have been rallying for, all of us will have a better life in the city of Decatur.”