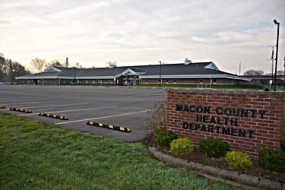 November 30, 2020 – The Health Department is urging you to answer your phone when a contract tracer is attempting to reach you.

In an effort to help slow the spread of COVID-19, the Macon County Health Department is continuing to conduct thorough case investigations regarding positive cases of COVID-19. While the MCHD is currently operating from 8:00 a.m. to 4:00 p.m. on weekdays, case investigation and contact tracing calls are being conducted outside of these hours due to the high volume of positive cases and close contacts.

Phone calls may be made as late as 8:30 p.m. by MCHD staff.  Since most people have a tendency to not answer unknown calls, the Health Department is offering a guide to know when a contact tracer may be calling.

MCHD contact tracers will identify themselves and will call using many different lines and methods.

Staff may also call with a 217 number using Microsoft Teams or occasionally from a private or blocked due to using a personal number.

The Macon County Health Department says if you feel uncomfortable or unsure you are speaking to a member of it’s staff, to contact them at , 217-423-6988 or by emailing livewell@maconchd.org.

The Macon County Health Department reminds you that if you know you have been exposed to COVID-19, do not wait for a contact tracer to call before starting your isolation or quarantine. 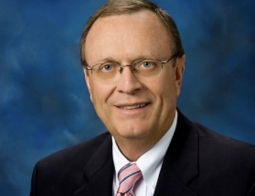 November 30, 2020 – Bill Clevenger of the Decatur Park District joins Byers and Co to talk about Trees on the Tees, reopening Scovill Zoo, a Cyber Monday sale at the Devon, the status at the airport, and how people can help donate to the parks. 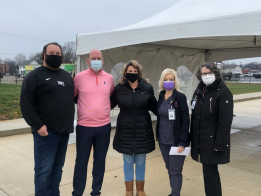 November 27, 2020 – Nick Taute of the Sout Side Country Club made a donation of over $14,000 to Crossing Healthcare Wednesday that was raised during the Todd Garner Memorial Golf Tournament.  All money raised is being donated to Crossing Healthcare in Todd’s name and will go towards offsetting COVID-19 expenses.

Nick Taute and Rhonda Garner spoke about the donations, the Todd Garner Memorial Golf Tournament, and how the community came together to raise the money.  Listen to the podcast below. 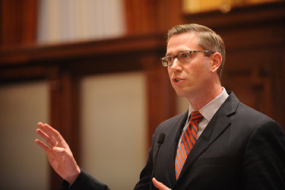 November 24, 2020 – The ‘Money Match’ program, which was put in place to automatically returns lost money to Illinois residents without the usual need to gather paperwork or file a claim, is expected to return $1.2 million in unclaimed money to nearly 13,000 Illinoisans in the near future, Illinois State Treasurer Michael Frerichs said.

“We want to make every effort to return unclaimed cash to Illinois taxpayers, especially now when families are dealing with the impact of a global pandemic and the holidays on the horizon,” Frerichs said. “We are sending out thousands of letters to Illinois residents to make them aware of their unclaimed property and to expect a check to make their lives a little brighter this year.”

There will be 12,800 ‘Money Match’ notification letters mailed this month.  After the address is confirmed correct, checks will be issued.  The program has the expectation to return nearly $1.2 million soon.  Since 2018, the ‘Money Match’ program has generated 122,000 claims and returned nearly $13 million to residents in Illinois.

Money Match was authorized by the General Assembly in 2017 and it uses existing technology and state records to match unclaimed cash with Illinois taxpayers who qualify.  The property must be $2,000 or less in cash with only one owner.

Earlier this year, Frerichs announced that $1 billion in unclaimed property had been returned to Illinois taxpayers, setting the precedent for the most that has been returned in any five-year period in the program’s 58-year history.

The $1 billion milestone was made possible because Frerichs prioritized changes in technology, efficiency, and state law in order to streamline the unclaimed property process.

Unclaimed property refers to property or accounts within financial institutions or companies in which there typically has been no activity for a few years.  In Illinois, the state treasurer has been tasked with safeguarding unclaimed property, such as unpaid life insurance benefits, forgotten bank accounts, and unused rebate cards. 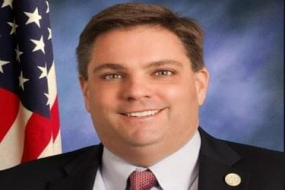 November 18, 2020 – State universities are facing rising costs due to the pandemic and the Legislative Audit Commission passed a resolution filed by State Senator Chapin Rose to give the institutions better flexibility to pay bills.

“The COVID pandemic has caused significant financial drain on our state institutions of higher education,” said Rose. “The Commission’s decisive action today eliminates some of the red tape that hinders a university’s ability to deftly maneuver funds between categories. By providing greater flexibility, we are giving our institutions the potential ability to offset some of the direct losses of tuition and housing dollars that they have incurred.”

The resolution will allow universities to be released from restrictions on Indirect Cost Recovery funds.  The funds come from federal grants with the intention to help universities with overhead costs related to the grants.  Federal law, in many cases, does not work to restrict how the funds are spent, with university guidelines having strict rules about how the money can be spent and are not generally available to a university to defray expenses that occurred in other areas of a university’s operations.

Rose’s resolution will temporarily remove the restrictions on ICR funds, which will free those funds to be used as a potential source of revenue to help state-supported institutions deal with the costs incurred during the pandemic.

“I want to thank the universities for bringing this to my attention as a way to help minimize the impact of COVID’s financial drain on students and their families. But this isn’t limited just to the U of I. While each college is different in terms of the amount of ICR funds that they may hold, it will apply to all of the 4-year public institutions in the state. We simply have to provide our institutions as much flexibility as possible to weather this storm,” said Rose. 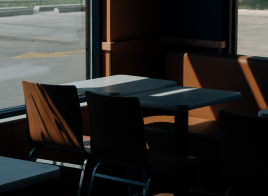 November 16, 2020 – Illinois’ latest round of grants totaling $220 million will prioritize small businesses that have been affected by the recent restrictions. The Department of Commerce and Economic Opportunity (DCEO) is offering a lifeline to Illinois small businesses with the second round of Business Interruption Grants (BIG).  Combined with the first round, the grants will reach at least $540 million in total, according to the DECO website.  The state has pinpointed small businesses as the hardest hit economically, said state director of the National Federation of Independent Business Mark Grant.

“There are certain industries that have managed to survive this and do OK, but we’ve got, we have members, small business owners out there who’ve closed their doors and done it permanently,” Grant said.

The mitigation measures have a serious impact on restaurant and hospitality businesses.
“Given what’s happening again with the rise in COVID cases and the mitigation efforts that are underway, and the effect that has especially on your hospitality businesses like, you know, restaurants and other hospitality groups, really is going to have a major impact, and they’re going to need everything they can get to withstand this economic – well, it’s already an economic catastrophe for many of those businesses, but definitely if they want to keep their doors open and keep people employed they’re going to need as much help from both the federal and state government as they can get,” Grant said.
The balancing act between mitigation efforts and how far the state can push small businesses to close or diminish revenue is a difficult one, said Grant.  “It’s really difficult for the decision-makers as well as business owners – small businesses that are really the ones getting absolutely hurt the most by this,” he said.
Grant stated that while the state is helping, the federal government is not doing its part.
For more info on BIG grants -Click HERE 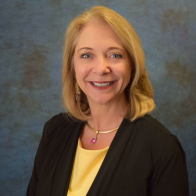 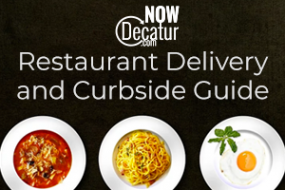 October 30, 2020 – As Region 6 is set to enter COVID mitigation efforts on Monday, NowDecatur is preparing to bring back the Restaurant Curbside and Delivery Guide.

The Restaurant Curbside and Delivery Guide was initially launched at the beginning of the pandemic but was allowed to expire as restaurants and bars were able to reopen for indoor dining. But with tier 1 mitigation efforts starting on November 2, NowDecatur is working to provide this resource once again.
To find out if your business was previously listed in the guide, please click the link below. If your business is not listed OR you need to make changes to your listing, please EMAIL news@wsoyam.com.
Please include your business name, address, hours, phone number, website link, or Facebook link, and if you offer curbside, delivery, and or drive-thru. Please also include if there are any special instructions or information such as delivery fees.
Current listings will not be changed unless requested by the business. 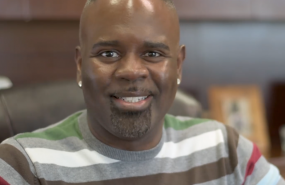 October 30, 2020 – Pastor Matt Samuels of GT Church joined Byers and Co to talk about what possible mitigation means for their church. Listen to the podcast now! 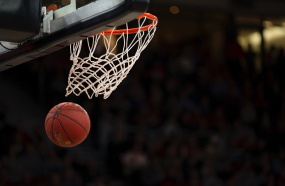 The IHSA will allow boys and girls basketball to begin practices on November 16, and games can begin on November 30.  The IHSA said masks will be worn by all players, coaches, and officials during play.

IHSA Executive Director Craig Anderson was quoted saying it is important to have basketball during the winter months.  “Without basketball in the winter, we were going to have a really big hole in our winter season with limited activities for kids,” he said.  The IHSA now puts the final decision on basketball to school districts.  “It will become a local school decision to determine if a school will allow their basketball teams to participate following the guidelines developed by the SMAC,” said the IHSA.

Pritzker said school districts would be taking a legal risk by allowing basketball.  “It is unfortunate but they would probably be taking on legal liability if they went ahead and moved beyond what the state has set as the mitigation standard,” said Pritzker.

The IHSA said basketball can be played safely with changes to safety, such as requiring masks on the court.  “The IHSA Sports Medicine Advisory Committee (SMAC) offered additional mitigations, such as masks during play and social distancing on benches, that the SMAC believed would allow basketball to be played safely,” the IHSA said in a statement.

School district officials will be meeting with athletic directors and coaches in the coming days to formulate a plan for the season.

The IHSA board also approved the winter sport guidance for all low-risk sports, including boys swimming and diving, cheerleading, bowling, and gymnastics.  Wrestling will be moved to the summer season and will begin in April.