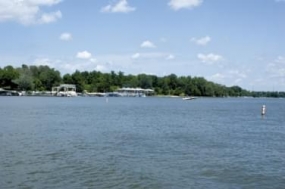 November 30, 2020 – The City of Decatur is asking water customers to reduce their water use due to drought conditions in Lake Decatur.

Decatur and Central Illinois have received below-average rainfall since mid-August. This is causing water levels in Lake Decatur to be 1.3 feet below the normal winter level.  According to the City of Decatur, the water level is declining at a rate of .29 inches per day and will continue to drop until our area sees significant precipitation. Unfortunately, that isn’t expected to happen anytime soon.  According to the National Weather Service, below-average precipitation is expected for Central Illinois through at least Christmas day.  The lake is still 69% full due to its increased depth from the recently completed Basins 1 through 4 dredging projects, so this is a precautionary measure by the City in case drought continues for an extended period of time.

Lake Decatur, the primary source of water for the City of Decatur and the Village of Mt. Zion.  The city is requesting residential customers conserve when possible until further notice.

In addition, the 24 largest water customers, such as major employers such as ADM and Tate & Lyle, have been asked for their assistance in conservation as well.

Residential customers are asked to consider these conservation tips: 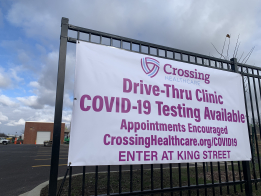 November 30, 2020 – – Crossing Healthcare will begin operating a new drive-thru COVID-19 clinic to help better serve the community.  The new site will allow for better traffic flow as well as protect healthcare workers from the winter elements.

The drive-thru clinic will be located on the northwest end of the Crossing Healthcare campus at 990 N. Water Street and will begin operation tomorrow.

COVID-19 testing will be available Monday through Friday, 8:00 a.m. until noon (subject to change). Testing is offered at no cost to patients, however, patients are asked to provide their health insurance information. If insured, Crossing will bill insurance for the test, but patients will not receive a bill due to free COVID-19 testing under the CARES act.

To lessen wait times, patients are encouraged to register online for an appointment timeframe. Appointments can be scheduled by CLICKING HERE. Appointment times are approximate and Crossing says every effort will be made to complete testing within 30 minutes of arrival.

Once a vaccine is available, the drive-thru clinic will be utilized to administer vaccines to the community. 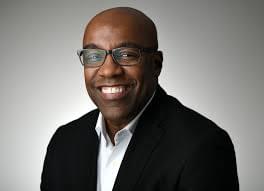 November 27, 2020 – Attorney General Kwame Raoul says since July, his office has received nearly 5000 complaints about unemployment fraud, often in the form of fake benefit debit cards. Raoul says anyone can be the victim of the scam, noting even he received a phony card in the mail.

Raoul recommends keeping a close eye on your bank statements and credit report if you think your information has been compromised. 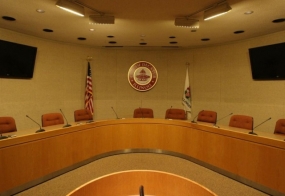 The candidates are vying for 3 open seats on the Decatur City Council. 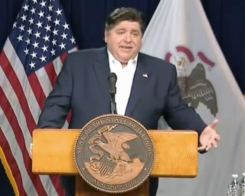 November 18, 2020 – Governor Pritzker has extended the Illinois eviction ban through 2020, but he also added restrictions that rental owner advocates say will root out bad actors looking to take advantage of their landlords.  Illinois previously had no requirements for tenants to show that they are unable to pay rent in order to dodge being evicted.

The Governor changed that last week when he filed an executive order that requires to tenant to certify the following:

Make less than $99,000 ($198,000 if filing jointly)
Didn’t receive an  Economic Impact Payment pursuant to Section 2001 of the CARES Act.
Are unable to make a full rent or housing payment due to a COVID-19 related hardship including, loss of income, compensable hours or wages, or an increase in out-of-pocket expenses related to COVID-19.
Are making an effort to pay their rent as best as possible.
Would likely be homeless if evicted due to no other available housing options.
The requirements mirror that of the Centers for Disease Control and Prevention’s nationwide eviction moratorium requirements.

The National Multifamily Housing Council tracks rent payments for over 11 million properties.  The council found that over 94% of renters that it tracked had paid rent for the month of October 2020, which was a 1.8 percentage point difference from the same month in 2019. 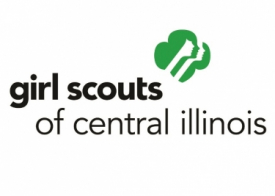 November 17, 2020 – The Girls Scouts of Central Illinois are closing 2020 by giving community members a chance to win up to $50,000 at a virtual fundraising event.  The Great Girl Scout Giveback will be held on December 12, 2020.  Over the next month, tickets will be available for purchase for $100 each.  Drawings will begin on December 1 and will be held daily, offering a variety of themed gift baskets.  The grand prize winner will be drawn from the 50/50 raffle and the winner will take home up to $50,000.

“Charities and service organizations across the board this year are struggling to raise critical dollars to keep programs and operations up and running,” GSCI CEO Pam Kovacevich said.  “These organizations, including GSCI, are unable to host the events that draw their donors together.  The Great Girl Scout Giveback is a great way to make an impactful donation and get a chance to turn your year around with $50,000.”

All proceeds will go to help fund the Girl Scout Leadership Experience.  Tickets are on sale through December 11 at www.GetYourGirlPower.org. 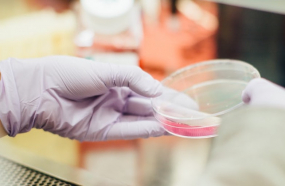 November 16, 2020 – As winter weather approaches, testing facilities across the state have been preparing to move their resources to more fitting locations to deal with the cold.  Tanya Andricks of Crossing Healthcare said today on Byers & Co that 990 North Main Street, the old Wilson’s Garage building, is being changed to a drive-thru testing site.  The center of the building will be converted to serve as a vaccination clinic when the vaccine has been prepared. 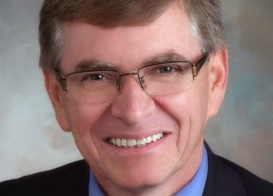 November 6, 2020 – Potential fines for businesses that don’t follow COVID-19 masking mandates have been in place for months across the state, but some municipalities are taking the mandate further, including the city of Springfield

Springfield will now issue fines to people who don’t wear a mask when required.

The Springfield city council held back a resolution that requires bars and restaurants with indoor dining to have 25 percent capacity and require patrons to answer a questionnaire. Local officials are allowing indoor dining despite Gov. J.B. Pritzker’s blanket prohibition he’s issued in regions across the state because of increased COVID-19 positivity rates.

While Springfield leaders held back the resolution laying out the local guidelines to allow indoor service, it passed a mandate, not just for businesses, but for individuals with a $50 fine if they are caught by police without a mask inside a bar, restaurant or retailer.

Springfield Mayor Jim Langfelder said the ordinance requires individuals to wear a mask while indoors at a bar, restaurant or retailer. He said the civil penalty will be in place as long as necessary and enforcement is immediate.

“Right now a restaurant can be cited, right now,” Langfelder said. “The addition is really the $50 per violation for the individual.”

“I think this is trying to get right to the police officer eyeballing the violation, someone being maskless, and writing the citations,” McMenamin said.

McMenamin attempted to amend the measure to remove an exemption for someone who claims to have a medical condition, but that provision remains in the ordinance.

Illinois Retail Merchants Association’s Rob Karr said the move puts the onus on the individual, not the business owner.

“You can’t physically detain them, you open your selves up to a lot of different charges of discrimination,” Karr said. “So it is where it belongs, having the enforcement done by law enforcement and on individuals.”

“I think the action tonight to impose stricter penalties and restrictions with regards to face coverings is probably one of the few communities that have done that, so this is a big step forward,” Cole said.

Springfield is believed to be the first municipality in Illinois to pass such a measure. 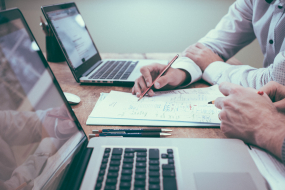 November 3, 2020 – Illinoisans shopping for health insurance can check the Affordable Care Act (ACA) Marketplace.  Open enrollment began on Sunday, November 1, and will run through December 15, 2020.  The Illinois Department of Insurance recommends that consumers begin their search for insurance at getcoveredillinois.gov in order to find accurate information as a way to compare health plans, get free enrollment, and financial assistance to those who qualify.

“This year Illinoisans have even more plans to choose from with 179 plans offered by eight carriers,” said IDOI Director Robert Muriel.  “We want consumers who need health insurance coverage to know that help is available.  Last year more than 240-thousand people in our state received premium tax credits to reduce their monthly premium payments.”

GCI Executive Director Laura Pellikan said that last year’s enrollment numbers show the average monthly premium payment for Illinois consumers with an individual plan was around $153.  Any savings on monthly health insurance premiums is significant to families struggling to pay for healthcare costs during the pandemic,” said Pellikan.  “We recommend that Illinoisans visit getcoveredillinois.gov to find information about financial help and to see if they qualify.”

The ACA Marketplace allows consumers to choose from three different “metal” levels that represent the range of coverage and costs: Gold, Silver, and Bronze.  Those who enrolled last year will automatically be enrolled into the same plan or a similar one offered by the same insurer for the 2021 plan year. 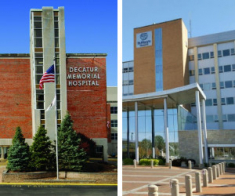 October 30, 2020 –  As the number of COVID-19 cases continues to increase throughout central Illinois, Decatur Memorial Hospital and HSHS St. Mary’s Hospital will suspend visitors for inpatients effective Saturday, Oct. 31, in order to protect patients and ensure healthcare professionals can continue to safely offer all services.

Macon County currently has the fifth-highest rate of COVID-19 in the state, according to the Illinois Department of Public Health.

Visitors for inpatients will also be suspended at HSHS St. John’s Hospital and Memorial Medical Center as of Monday, Nov. 2.

“COVID-19 is spreading throughout our community. Many people may have COVID-19, and could be contagious before they are showing symptoms,” said Dr. Raj Govindaiah, chief medical officer of Memorial Health System. “Our mission is to improve the health of the people and communities we serve, and this policy will allow us to do that.”

“We understand this no-visitor restriction is extremely difficult, especially for those who have loved ones in the hospital with severe health issues,” said Gurpreet Mander, HSHS Illinois chief physician executive. “But along with many other hospitals across the nation, we are taking this step to keep our patients, colleagues and community as safe as possible.”

The hospitals will allow exceptions with approval in limited circumstances in areas such as the emergency department, obstetrics, pediatrics, certain outpatient procedures and surgeries as well as for those who may be in end-of-life care or to support a patient with an intellectual disability. More detailed information can be found on our individual hospital websites (HSHS St. John’s Hospital, HSHS St. Mary’s Hospital, Memorial Medical Center, Decatur Memorial Hospital).

All visitors must wear a face covering that covers their nose and mouth at all times while in the hospital.

In order to support communication, information will be provided to patients and families using telephones or video methods when possible.

The restrictions will be re-evaluated as the COVID-19 situation evolves.

“We understand that implementing visitor restrictions is not ideal,” Dr. Mander said. “But we ask that you remain patient and continue to socially distance from those around you.”

“We are taking this difficult step in order to ensure that we can continue to offer all services and continue to care for the community,” Dr. Govindaiah said. “We ask the community support us by getting your flu shots, and by following the ‘W’s to control community spread: Wash your hands, Wear a mask and Watch your distance.”