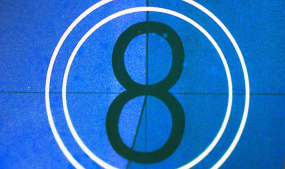 (GAME #8 … The beginning of the 2014 High School Football season was a complete makeover of the entire landscape as we had recently known it … We had new conferences, new splits in conferences, new teams to the coverage area, and for the Decatur city schools it was a goodbye to the Big 12, and a welcome to the Central State Eight Conference … Heading into the opener for coach Derek Spates’ Generals, they had heard comparisons of their team to others in the CS8 … but what many were about to learn, was the athletes on this MacArthur squad were not comparable to many offensive units we had ever seen … ShawnTrez Spates had shifted to quarterback, Jaquay Owens and DeVince Lewis to the backfield, add-in even more weapons in Shaquez Bond, Deion Norfleet, & Tylan Powell, and it would quickly become a pleasant welcome to the conference, although needing overtime to snap the win, 20-17)

To be exact, the archives only go back to the 2012 season, although ESPNDecatur has been carrying a Game of the Week since 2009 with Aric Lee as the play-by-play voice.

“I wanted to do something on these quiet and lonely Friday nights,” Lee said. “So let’s find some old games, rank them so everyone can argue, and hear some of the greatest players, plays, and matchups of the last eight seasons.”

But by the Friday nights of October, the Top 10 games on the list will be played on-air, on ESPNDecatur 1050 AM, each Friday night at 6 & 8 p.m. That will take us into November until we get to the number one and two game on the final Friday.

Lee adds that a few games had equipment issues and aren’t playable, and some won’t sound the best, but we make them available anyway. Plus, the likely number one game, Maroa-Forsyth’s 2012 State Championship victory over Stockton was never recorded and is lost forever, so that will not be included on the list. St. Teresa Football will also only have a few games make the list, as WSOY has been the home of Bulldog Football for over 10 years, and those broadcasts are not available to replay. However, the Bulldogs returned to ESPNDecatur in 2019, and also had their ‘End of a Rivalry’ game make the list versus Maroa-Forsyth, from 2015.