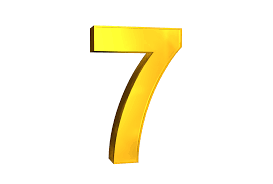 (GAME #7 … It was November postseason football in Central Illinois … that meant three things, for sure: it was going to be a gloomy day with rain at some point … it was going to be an amazing buzz, even in Warsaw (IL) who isn’t a traditional postseason power … and the Maroa-Forsyth Trojans were probably going to be there … and we got the trifecta, although the rain held off until just after the final horn would blow … It was almost the last postseason game of 2017 for the Trojans, if not for a mighty defensive second half and a gut-busting power yardage on the ground from Deondre Gregory, who would smash-in all three of Maroa-Forsyth’s touchdowns, in the 20-16 comeback victory, capping-it in the final minutes … Sophomore quarterback Ian Benner made a number of key throws in the fourth quarter, many to Kameron Boline, and defensive coordinator, Jon Kidd’s defense answer the bell drive-after-drive, when the Trojans either couldn’t hang onto the ball, or had to punt it away … but even a below average day, can still be a Trojan day!)

To be exact, the archives only go back to the 2012 season, although ESPNDecatur has been carrying a Game of the Week since 2009 with Aric Lee as the play-by-play voice.

“I wanted to do something on these quiet and lonely Friday nights,” Lee said. “So let’s find some old games, rank them so everyone can argue, and hear some of the greatest players, plays, and matchups of the last eight seasons.”

But by the Friday nights of October, the Top 10 games on the list will be played on-air, on ESPNDecatur 1050 AM, each Friday night at 6 & 8 p.m. That will take us into November until we get to the number one and two game on the final Friday.

Lee adds that a few games had equipment issues and aren’t playable, and some won’t sound the best, but we make them available anyway. Plus, the likely number one game, Maroa-Forsyth’s 2012 State Championship victory over Stockton was never recorded and is lost forever, so that will not be included on the list. St. Teresa Football will also only have a few games make the list, as WSOY has been the home of Bulldog Football for over 10 years, and those broadcasts are not available to replay. However, the Bulldogs returned to ESPNDecatur in 2019, and also had their ‘End of a Rivalry’ game make the list versus Maroa-Forsyth, from 2015.