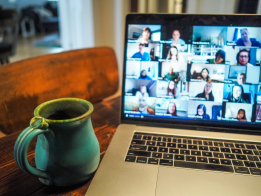 October 16, 2020 – The Illinois Department of Employment Security (IDES) announced today that the unemployment rate fell -0.8 percentage point to 10.2%, while nonfarm payrolls lost 12,000 jobs in September, based on preliminary data provided by the U.S. Bureau of Labor Statistics (BLS) and released by IDES. The August monthly change in payrolls was revised upward from the preliminary report, from +66,000 to +85,600 jobs. The August unemployment rate was unchanged from the preliminary report and held at 11%.

In September, the three industry sectors with the largest over-the-month gains in employment were: Leisure and Hospitality (+9,300), Trade, Transportation and Utilities (+7,700), and Other Services (+3,800). The industry sectors that reported the largest payroll declines were: Professional and Business Services (-12,400), Government (-8,500), and Educational and Health Services (-7,300).

“We’re pleased to see the unemployment rate continue to steadily decline, and IDES remains committed to supporting and providing services to help safely return people back to work,” said Acting Director Kristin Richards.  “The Department is focused on processing and paying unprecedented numbers of benefits to those who still impacted by this pandemic, while also remaining dedicated to making access to job training and employment services easier for those in need of those services.”

Compared to a year ago, nonfarm payroll employment decreased by -412,900 jobs, with losses across all major industries. The industry groups with the largest jobs decreases were: Leisure and Hospitality (-130,800), Professional and Business Services (-82,900) and Educational and Health Services (-46,600). Illinois nonfarm payrolls were down 6.8% over-the-year as compared to the nation’s -6.4% over-the-year decline in September.

The number of unemployed workers declined from the prior month, a 6.2% decrease to 652,100 but was up +171.4% over the same month for the prior year. The labor force was up +1.2% over-the-month and down -0.7% over-the-year. The unemployment rate identifies those individuals who are out of work and seeking employment. An individual who exhausts or is ineligible for benefits is still reflected in the unemployment rate if they actively seek work.