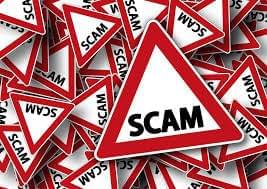 July 22,2020 – IDES has uncovered and is investigating a widespread fraud scheme that is being conducted nationwide, impacting each state’s federal Pandemic Unemployment Assistance (PUA) programs, implemented as a result of the COVID-19 pandemic.  PUA provides 100% federally funded unemployment benefits for hundreds of thousands of individuals who were not traditionally covered by a state’s regular unemployment insurance program, including self-employed and sole proprietors.  Under this program, 39 weeks’ worth of benefits are available to PUA claimants whose claims can be backdated as earlier as February 2, 2020, with benefits ending December 26, 2020.

The Department is aggressively cracking down on this fraud network, whose dedicated team of staffers responsible for handling and investigating unemployment fraud are working directly with individuals whose identities are being used or have possibly been stolen.  IDES is also working with local and federal law enforcement authorities to investigate, pursue, and prosecute those who are defrauding the unemployment insurance system.

The increase in the fraudulent unemployment claims is believed to be coming primarily out of the Pandemic Unemployment Assistance (PUA) program.  Under the ambiguous federal guidelines, which were developed in haste because of the urgency of the pandemic and issued to every state without a uniform method of implementation, the potential for fraud within this system is abundant.

One of the largest vulnerabilities within PUA is the absence of an employer on the other side of the claim to contest the claim in the event the it is fraudulent or should be protested.  Under regular unemployment insurance guidelines, an employer has the ability to alert IDES if a claim has been filed in the name of an employee who is currently employed, and has the ability to protest a claim if they believe the employee does not fall into the category of having lost work through no fault of their own.

This fraud scheme is in no way connected to the PUA program access issue experienced in May.  The limited data access issue of the PUA system found that one PUA claimant was able to inadvertently access personal identifying information of a limited number of claimants who had already filed an unemployment claim.  Out of an abundance of caution, a year’s worth of free credit monitoring was provided to any claimant whose information may have been inadvertently viewed by this one individual claimant.