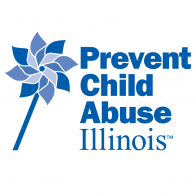 July 6th, 2020- Calls to report suspected child abuse and neglect during the pandemic dropped by 57% in Illinois compared to the same time last year, according to the Illinois Department of Children and Family  Services. But that doesn’t necessarily mean all is well.

“I think that the biggest fear is that there is an increase and we don’t see it because people are keeping their children at home,” said Denise McCaffrey, executive director of Prevent Child Abuse Illinois. “Those kids are not being seen by teachers or their pediatricians. Unless it’s so severe that they have to take them to the emergency room, those kids are suffering through the abuse and the neglect without anyone knowing it.”

Some child-welfare experts have long been concerned about the effects of increased stress and increased isolation during recent lockdowns. McCaffrey said the lack of in-person schooling could be a big factor in missing some instances of abuse.

“We do know that teachers and school personnel are the ones that traditionally make the most hotline calls because they do see the kids every day,” McCaffrey said. “They hear the kids talk about what’s going on within their homes. They’re really the eyes and ears that are keeping track of these kids.”

Students have been out of school in Illinois since March. Daycares also were closed for some time, meaning some pre-Kindergarten-aged children also weren’t being seen by anyone outside their household.

McCaffrey encourages people to reach out to family and friends who could find themselves in a tough situation.

“So many of us are on social media, and there are many resources out there for families and parents, but not all families are connected through social media,” McCaffrey said. “There are families that are isolated out there and really aren’t getting the resources that others are able to tap into.”

According to Illinois DCFS data, one in five children is abused or neglected before they turn 18 and 70 percent of child abuse is not reported.

“If you just are worried about a family in general, reach out, talk to the parents,” McCaffrey said. “Sometimes just having that connection can lessen some of the stress that we’re all under right now.”

Anyone who suspects a child may be at risk is encouraged to call the Child Abuse and Neglect Hotline at 800-25-ABUSE.