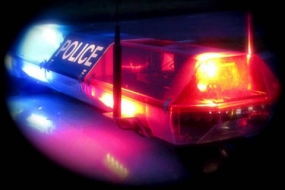 December 1 – A 21-year-old Decatur man who died after his SUV became submerged in Lake Decatur after a Friday crash has been identified as Dillion Astramsky.

Macon County Coroner Michael Day identified Astramsky as the victim in a media release Saturday. He suffered head and neck trauma as well as hypothermia and asphyxia.

With combined rescue efforts of multiple agencies, all three individuals were extricated from the vehicle. All three were transported by Decatur Ambulance to local hospitals. Astramsky was identified as the driver and there were two children ages 8 and 11 that were back seat passengers. Both girls escaped serious injury.

Members of the Fatal Accident Investigation Team responded to the scene, and East bound and West bound traffic was completely shut down in the 3800 block of E. Cantrell for approximately 4½ hours.

Otto was brought to the Decatur Memorial Hospital emergency room following the two-vehicle collision in the 1000 block of West Harrison. Day said Otto suffered head trauma and may have experienced another medical emergency prior to or during the crash.