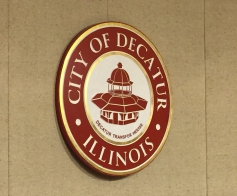 November 26 – Monday is the final day for residents to file petitions to run for Mayor of the City of Decatur or one of the three seats on Decatur City Council up for election in 2019.

Petitions need to be filed before 5 p.m. in the office of the City Clerk, located on the third floor of the Decatur Civic Center, 1 Gary K. Anderson Plaza. Petitions must contain the signatures of 115 registered voters.

Council candidates must be United States citizens, registered voters, age 18 or older and must reside within the city limits for one year preceding the election.

A number of others have said they plan on running for the Decatur City Council. Those include Shavon Francis, Rodney Walker, Marty Jenkins, Shelith Hansbro and John Phillips Jr.

A total of five candidates will need to file to force a primary in the race for Mayor, while 13 will need to file for council. If necessary, the Primary would be held February 26th, while the Consolidated Election is set for April 6th.