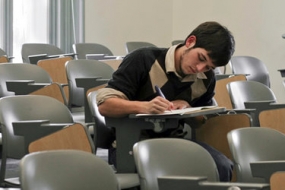 In its first year, the Invest in Kids program is going to help nearly 5,600 students with tuition assistance that will send them to a private school of their choosing. The program offers donors a 75 percent state tax credit. The money is then distributed to students who apply. Demand for tuition aid has outpaced donations. Empower Illinois, one of the organizations that distribute the money, said more than 30,000 students still are waiting for tuition assistance.

The program was passed as part of the sweeping school funding reform legislation that was signed into law last fall. At the time, Democrats cried foul on the addition of the program just before it was finalized.

Since January, the program brought in $44 million in donations, far short of the $100 million limit.

“We are truly grateful to the donors of this program,” said Larry Daly, principal of St. Teresa High School in Decatur. “This program allows families in the Decatur area the option to choose the education that best fits their needs. For this, we are truly thankful.”

Even if supporters did hit the limit set by lawmakers, $100 million wouldn’t be enough to help every student who applied for a grant.

“We have demand that would far exceed the $100 million cap,” Holter said.

Empower has hired additional fundraisers in an effort to meet the demand. Money being donated up to the end of this year would go to a student for this school year.

Democrats have criticized the program, saying it uses state money that should go to public schools. If Democrat J.B. Pritzker is elected governor, he’s said he would end the program.

“It’s a top-of-mind thing for a lot of folks on the donor side as well as the parent side,” Holter said. “The fundraising can be a challenge when people are concerned whether or not they’ll get the deduction that was maybe a motivation for them in the first place.”

The program is otherwise set to expire in 2024.

The donations would not be fully deductible on federal filings, Holter said, because the 75 percent credit would have to be subtracted.