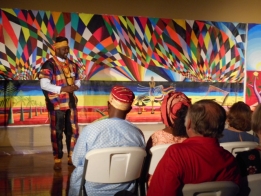 June 1 – Patrons among large crowd on hand Madden Arts Center on Friday got to immerse themselves in a wide range of African culture, ranging from displays to cuisine to performance.

“We’re talking about an African exhibit and Decatur isn’t the usual town that you’d think about; you think about places like Chicago or New York City where I have had several shows in the past,” said Ibiyinka Alao, a Nigerian ambassador of art who was the Decatur Area Arts Council’s special guest at the opening cultural event for this year’s International Arts Experience focusing on Africa.

“When I came here I saw the joy and the love expressed toward me by everyone.”

Gallery director Sue Powell said the exhibit features more than 300 pieces from 23 countries, with pieces loaned mostly from private sources apart from some artifacts from educational museums at the University of Illinois.

“It includes everything from masks to paintings, sculptures, textiles, furniture, musical instruments – lots of different unusual artifacts,” she said. “People will see where they come from, what parts of Africa, and hopefully leave with the feeling that there’s a lot of cultural and ethnic diversity across the continent; it’s not just ‘Africa.’”

Powell admitted the choice of Africa as this year’s theme is a large undertaking.

“I usually just do one country, one culture so biting off a whole continent was huge. But I’ve wanted to do it for a long time because of the richness of really ancient all the way through to contemporary culture,” she said.

“It’s just really fascinating to see not only how there are similarities across the continent but there are also distinct differences among different cultures.”

Alao was impressed at the way the gallery is arranged.

“I love the way they set it up. A lot of times you have African art being displayed, especially when it’s a museum, but it will be displayed minus the context,” he said. “But here, Sue did it in such a way that the context in which they are used is also displayed. They have arranged it not according to region but according to types of activity.”

After guests got to sample some authentic African food, Alao was joined by acclaimed West African dance and drum group Afriky Lolo for the performance of a “dance drama” with one of Alao’s paintings serving as a backdrop.

“Dance drama is something that’s very popular in West Africa. It’s a process where dancers kind of demonstrate the story of a painting or of a sculpture so they become the living component,” said Alao.

“In Africa, generally we didn’t have the culture of going to a museum to see art or going to a theater to experience a play or music. It all typically happened at the same time in the same venue. So that’s what we attempt to create this evening.”

The event also included an opportunity for people do get some hands-on crafts experience making African art such as masks, huts and figures. 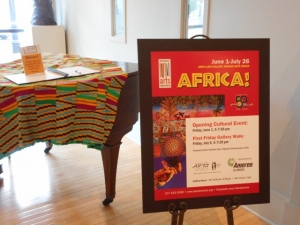 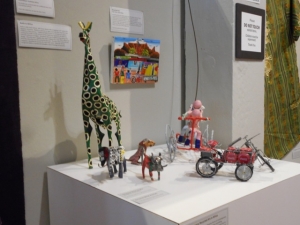 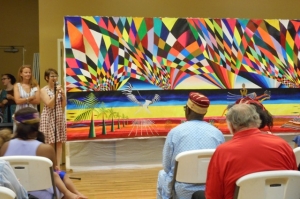 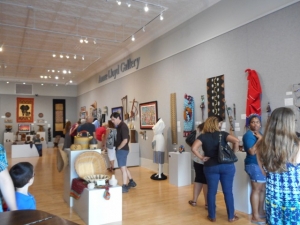 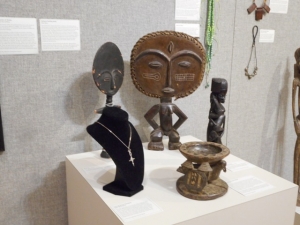 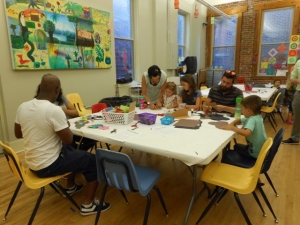 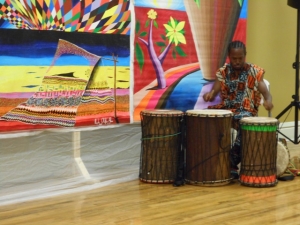 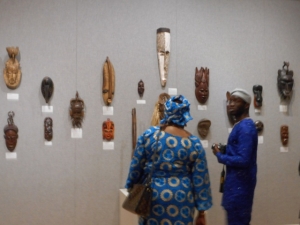 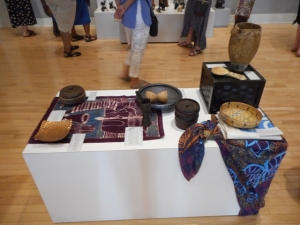 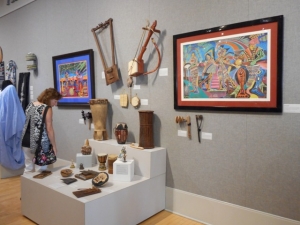 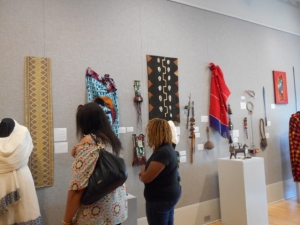 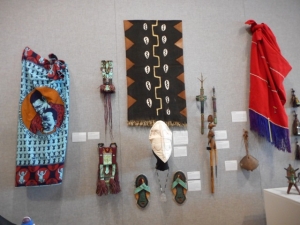 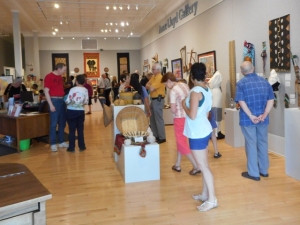 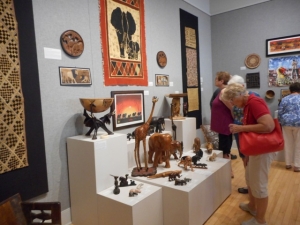 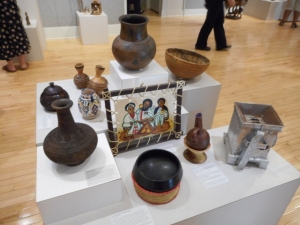 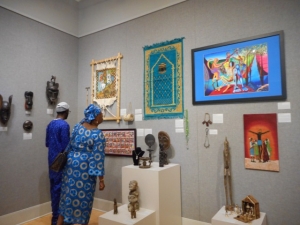 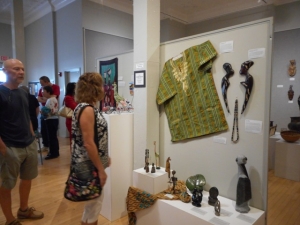 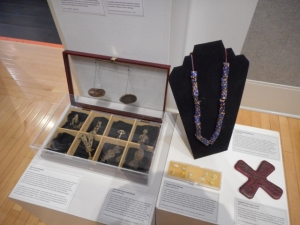 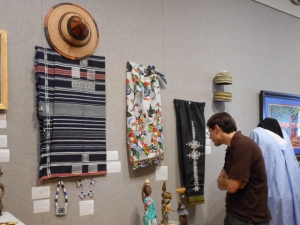 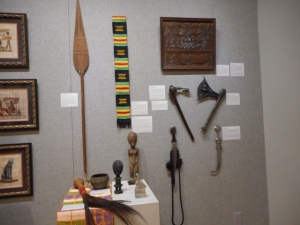