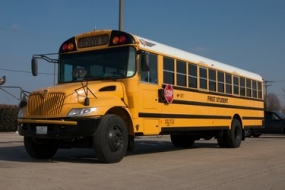 “Nothing is more important than the lives and safety of our children,” White says.  “I served with Rep. Lang in the House and appreciate his commitment to this issue over the years.  With improvements in the technology of seat belts, along with NHTSA’s recommendations, now is the time to pass legislation pushing for a significant change in protecting our children on school buses.”

In late 2015, NHTSA endorsed seat belts on school buses due in large part to improved technology with 3-point safety belts.

“While school buses are a safe form of transportation, there is no amount of safety which could ever be enough to protect our children,” Lang said.  “It is time to provide that safety by making sure that kids have seat belts on their way to and from school just as if a parent was driving them.”