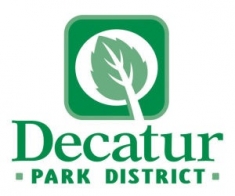 October 13 – As the Decatur Park District plans financially for the future, several projects have been mentioned as a possibility.

In order to structure their bond issuance and keep tabs on their finances, the Park District has a 10-year Capital Plan in place.  Chief Financial Officer Rodney Buhr outlined the plan during the Park Board of Commissioners recent meeting.  In the works are a number of projects he is beginning to plan financially for.

The Park District is planning to spruce up Garfield and Torrence Park in the future.  The $3.9 million amphitheatre in Nelson Park is part of the plan because the Park District will need to pay for some of the extra costs.  The plan also includes funding for a new Aquatics Center, which has been discussed recently by the board.  The high ropes course that was just approved is also in the funding plan.

Another big project would be a soccer complex for the Midstate program on E. Mound Road.  The district also wants to clear some trees between the Scovill gardens and Lake Decatur to provide a more scenic view.  They also want to invest in some steep-slope mowers for the golf courses and some of their hillier parks.

The district also has plans to do something with the Great Lawn, and they also want to finish improving boat docks.

As for Scovill Zoo, the train extension project is added to the financial plan, and Zoo officials are working out how to add an otter exhibit in the future.

The Decatur Airport will be getting some pavement work done in 2017.  The Park District will share the costs with the FAA and will only be required to pay a small percentage.  Buhr is also factoring in regular maintenance and repairs into the district’s plan.

Buhr indicated that if the Park District plans carefully, they won’t have to increase the tax levy anymore to cover their expenses.  The current levy rate is $1.15.  The max the levy can increase without having a voter referendum is $1.61.