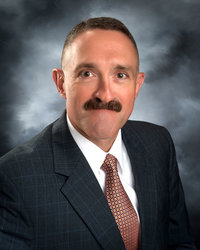 September 15 – Following the filing of a petition to appoint a special prosecutor to investigate Jay Scott, the Macon County Democratic and Republican parties have issued statements, as has Macon County State’s Attorney Jay Scott’s campaign.

As of 6:55pm Thursday Daniel Hassinger released this statement…

“Tonight, Jay Scott’s campaign issued a press release claiming my campaign Treasurer, David Ellison, was copied on freedom of information requests sent the State’s Attorney’s Office. Mr. Ellison’s wife was copied on the requests because she is a legal assistant to the attorney who submitted the requests. Mr. Ellison contacted the Scott campaign, explained that their claim was false and requested a retraction. Scott’s campaign refused to retract the false claim, in an apparent attempt to mislead Macon County voters. I want the citizens of Macon County to know that I am committed to honest government and to restoring order to an office in chaos.”

“On September 13, 2016, Gregory Mattingley, through his attorney, John Davis, filed a Verified Petition for Appointment of a Special Prosecutor to Investigate Macon County State’s Attorney Jay Scott. This petition accuses Jay of committing twelve separate felony crimes. The basis of these accusations is that, under twelve separate theories, Jay Scott violated the provisions of the Macon County Employee Handbook. No other basis for appointing a special prosecutor was stated in the petition. A copy of the Macon County Employee Handbook with State’s Attorney’s Modifications was attached to the petition. As an indication of the political nature of this filing, copies of the petition were immediately provided to local media. Moreover, this petition was filed less than two months before Election Day.

Gregory Mattingley openly supports Daniel Hassinger, the Republican candidate for Macon County State’s Attorney in the general election of November 8, 2016. Mattingley has walked in at least one parade in support of Daniel Hassinger while wearing a Hassinger campaign shirt. John Davis is also a supporter of Daniel Hassinger, making numerous Facebook posts pledging his allegiance to Hassinger, and providing an endorsement on Hassinger’s political website. A photograph of Mattingley in the Blue Mound Parade, and the endorsement posted by Davis on www.votehassinger.com, are included with this press release….”

Cheviron’s statement goes on for several more pages.  You can access the full statement here.

The Macon County Republican Central Committee does not condone the usage of the judicial system for political purposes.”