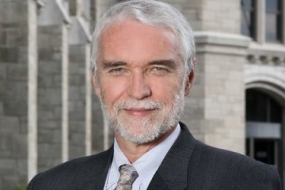 September 8 – University of Illinois President Timothy Killeen will be paid a $100,000 performance bonus for his first year on the job.

University trustees voted at their regular meeting Thursday to award Killeen the bonus.

Under his contract, the bonus was the maximum Killeen could have received for reaching performance goals. His salary is $600,000 per year.

Killeen leads the university system and its campuses in Urbana-Champaign, Chicago and Springfield. He finished his first year on the job in May. The university has increased enrollment on all three campuses during that period. Killeen also pushed for tuition freezes that trustees agreed to the past two academic years.