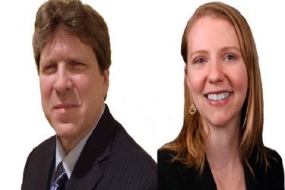 September 4 – They may not be as well known as the majority-party candidates, but the libertarian candidates believe they have a chance running for elected office.

The Libertarian Party of Macon County held a cookout and meet and greet Sunday at the Fairview Park Pavilion.  The third-party group has two candidates running for elected office in Illinois: Claire Ball for Comptroller and Kent McMillen for U.S. Senate.  Macon County party chairman John Phillips, Jr. says their candidates are different and can make changes.

“Being something different than the two major parties is exactly our big thing,” Phillips says.  “We have the two very unpopular presidential candidates and we also have the gridlock here in Illinois.”

The Libertarian Party operates as the “Party of Principle” and pushes for minimum government and maximum freedom.  They have about 20 members in Macon County but are growing, Phillips says.

With current State Comptroller Leslie Munger being appointed by the governor, Accountant Claire Ball says it is important someone is elected to hold an important financial position.

“I am an accountant and I want to come in and do the job from an accounting perspective and not a political one,” Ball says.  “We are notorious for being behind over a year in getting our financial reports out.  I want to clean up the transparency as well.”

Ball is an accountant from Addison, Illinois.  She just recently passed her C.P.A.  Ball says she wants to work to clean up Illinois’ backlog of bills.  She will be running against incumbent Republican Leslie Munger, Democratic challenger Susana Mendoza and Green Party candidate Tim Curtin.

Kent McMillen is a paralegal from the suburbs of Chicago.  He will be running for one of Illinois’ U.S. Senate seats against Republican incumbent Mark Kirk, Democratic challenger Tammy Duckworth, Veterans Party of America candidate Chris Aguayo.  McMillen says he would be a fresh change from the status quo.

“Certain issues are just not being talked about by the major candidates,” McMillen says.  “Namely, finding ways to reduce the level of debt, bringing troops home from overseas and closing some bases, and future social security.  This won’t happen overnight, but we need to start making changes.”

McMillen says he is giving it his all in this race.  He says is the small government, pro-freedom candidate for Senate.