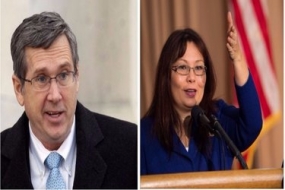 The two sipped drinks Friday and engaged in talk about their families and Kirk’s new dog during a stop at the South Side’s Manny’s Deli.

Duckworth and Kirk engaged in harsh campaign rhetoric leading up to Tuesday’s vote which saw Duckworth hand her opponent a resounding defeat.

Kirk accused Duckworth of failing Illinois veterans while running the state Department of Veterans’ Affairs, and Duckworth attacked Kirk’s dedication to veterans’ issues and alleging he sided with Wall Street interests instead of Main Street causes.

However, on Friday Kirk thanked Duckworth for attending the meeting, Duckworth replied it was lovely. Both then lapsed into a brief silence.

November 9 – Long lines filled county offices and polling locations yesterday as residents were given one more chance to fulfill their civic duties and the majority of Macon County voters favored Donald Trump.

“We thought she would do better than that but we knew it would be a tough race in Macon for Hillary,” says Underwood. “We knew she wasn’t probably going to win Macon County but we felt good about the state.”

Elsewhere, at the Republican watch party the mood was much different. Macon County Republican Chairman Bruce Pillsbury says the crowd was elated over the news.

“People wanted a change and obviously they came out for that change,” says Pillsbury. “The spread between the Clinton and Trump vote here locally showed that.”

Pillsbury says he saw many union workers visit the GOP headquarters for Trump signs in the weeks leading up to the election. He says voters would also come in and without being enticed would say they had been a Democrat their entire life and were going to vote Trump.

He says the showing for Trump really indicates the how voters wanted change.

“I think we expected the good turnout for Trump here in Macon County,” says Pillsbury. “I think it goes to show that people are fed up with the status quo and they were ready for change. A lot of people we saw were not typical voters that we may have come to see over elections, there were people that usually don’t say anything or vote that came out for this election.” 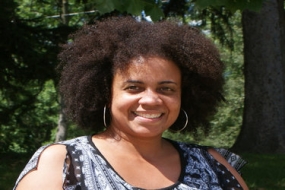 November 9 – While most Macon County board incumbents retained their position there was one race that featured a newcomer defeating a veteran.

Little served on the board since 1994 and appeared the heavy favorite taking on the newcomer Joy.

Joy says she was excited and surprised to have won the seat.

“I wasn’t expecting it,” says Joy. “We’ve been out and about on the campaign trail knocking on doors and trying to get information out but you just never know when you start seeing those final numbers.

Joy says she attributes the success of her campaign being a new and fresh face.

“I think it was about getting out there,” says Joy. “I think the excitement I’ve brought from a campaign standpoint and also the excitement I think I can bring to the county board was something that enticed people.

Little says she was disappointed with the outcome but made sure to give thanks to her constituents that have supported her over the years.

“I just want to tell all my supporters thanks for having the confidence in me these last 20 years,” says Little. “I’ve been honored to serve and I loved being on the county board.”

Joy says she will be looking at sub-committees to possibly be a part of and will work with everything from safety to the environment. 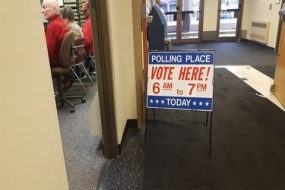 November 9 – Macon County Clerk Steve Bean says even though it may not have been the largest voter turnout year in the area, it was still a very populated one.

Out of 76,226 registered voters in the county 48,282 turned in ballots for yesterday’s election. Bean says there were many that registered to vote and change their address under grace period voting, he also says that caused a little delay at some polling location.

“Individuals that changed their addresses and registered to vote the day of caused some delays where we had to assist those people,” says Bean. “I can’t tell you how many people benefitted from grace period voting.”

Bean says the record for Macon County voter turnout in recent years was 57,000.  He says he was happy with the fluidity of the new technology utilized this election season to count ballots.

November 9 – Several Macon County board seats were up for grabs in last night’s General Election.

Macon County board Chairman Kevin Greenfield (R) retained his seat in district seven after defeating Marty Watkins (D) with 69.67% of the vote.

County board district one went to Rachel Joy (D) who defeated incumbent Linda Little (R) by 291 votes, Little had held a county board seat since 1994.

For coverage of the 2016 General Election you can click here. 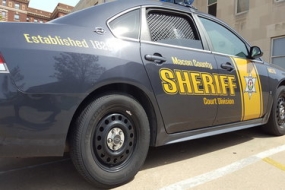 November 9 – A referendum increasing the local sales tax by one-quarter of a percent to help the Macon County Sheriff’s Office meet their budget has been voted no.

29,351 or 64% of Macon County voters said no to the ballot question. Macon County Sheriff Tom Schneider has said that the office may have to cut up to 12 deputies if the measure had failed.

Schneider says he will now wait and see what direction the county board requires him to take.

“It’s going to be very lean times and a situation where I’ll have to speak with the county board and determining what they’ll require me to do this year,” says Schneider. “It won’t be easy discussions but I believe the county board is definitely safety minded.”

Schneider says realistically he thinks cuts would take place in the next 60 days if the board requires him to make the cuts soon. He says he’ll soon meet with the board to see if there are any ways to prolong the cuts or to seek other alternatives.

“I just hope that down the road if in fact we come across this again that the voters will look at this in a different light,” says Schneider. “I hope to educate the public more on this because I believe there were a lot that didn’t realize the tax’s impact.” 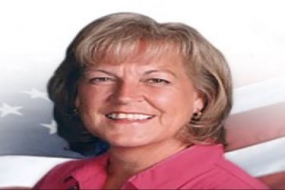 Durbin won in Macon County with just over 64 percent of the votes.  Durbin was a judicial clerk for 12 years before taking over as Circuit Clerk.  She has been in the position for eight years now.

Durbin says she is thankful for the votes.

“I would just like to thank all of the supporters I have had through this election,” Durbin says.  “I look forward to service the citizens of Macon County to the best of my ability in the future.”

Durbin will serve as Circuit Clerk for four more years.  She says it was a nerve-wracking race, but she felt more comfortable after pulling away.

She plans to continue moving the office forward with technology upgrades, as the county continues to move towards being paperless.  Durbin hopes you will eventually be able to file all paperwork online from your home.

November 9 – Bill Mitchell will serve another term as State Representative of the 101st District in Illinois.

Mitchell will enter his 10th term as a lawmaker.  He has served in three legislative maps including the 102nd, 87th, and currently in the 101st district.  Mitchell finished with 75 percent of the vote over Democratic challenger Christine Law.

Mitchell says he is ready to go back to work for his constituents.

Mitchell hopes things will change in the Illinois General Assembly now that the election is over.

Law did not run a public campaign for office.  She finished with just over 13,500 votes compared to Mitchell’s 41,600 votes.

November 9 – Republican Congressman Rodney Davis will retain his seat in the U.S. House of Representatives after defeating challenger Mark Wicklund.

Davis defeated Wicklund (D) with close to 60 percent of the votes in the 13th Congressional District, which covers all of Macon County.  This will be Davis’ third term as a Congressman.  He says he is humbled and happy to be elected back to Washington.

“This is a humbling experience and I’m going to fight on behalf of every single person in this district,” Davis says.  “These are solutions that I talk about solving and the types of issues we need to address sometimes aren’t on the 24-hour news cycle.  I hope and pray we are going to be able to make real, positive change in Washington, D.C.”

Davis says he wants to immediately work on the overwhelming increase in healthcare costs that is affecting a number of central Illinois residents.

Independent challenger David Gill, who narrowly lost to Davis in 2012, did not make the ballot this year.

Mark Wicklund conceded the loss.  He says he had a great campaign.

“It was a great experience and I enjoyed it,” Wicklund says.  “It’s not out of the realm that I’m not going to get back into this in two years.”

Davis has served in Washington since 2013 and will do so for another two-year term. 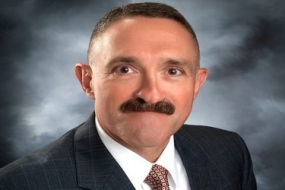 November 9 – One of the biggest local contests was decided by just over 1,000 votes.

Scott says he is proud to be able to serve the county again.

“It’s unbelievable and I’m very happy about the outcome,” Scott says.  “It just reinforces what we’ve been doing for the last four years.  We are going to work very hard to protect public safety and to bring justice to crime victims.”

Hassinger led for most of the night until precincts from the City of Decatur were tallied.

Scott led his campaign by highlighting his 29-year career as an attorney.  Hassinger has been an attorney for six years but has not been a prosecutor.

Hasinger says he is disappointed, but he accepts the loss and will move forward.

“I appreciate all of my support and all of the best wishes,” Hassinger says.  “The voters have spoken.”

Hassinger says he has not thought about running again in the next election.   He needs time to decompress, he said.

Scott will serve for another four years as Macon County State’s Attorney.