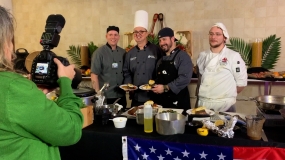 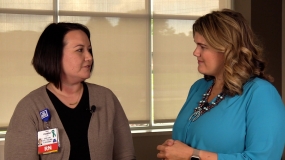 December 6, 2019 – DMH Newslink Host Mikayla Hunt sits down with Joanna Shepard, Executive Director of DMH Emergency Care to get an inside look at the traumatic injuries the ER sees caused by accidents related to texting and driving. Watch the Video now! 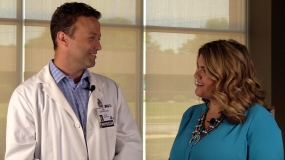 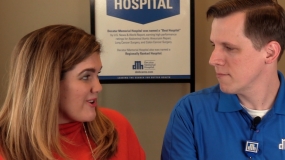 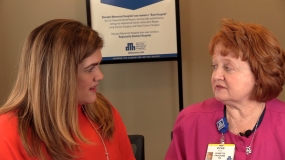 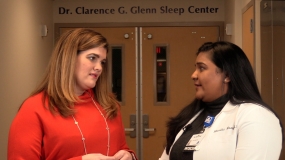 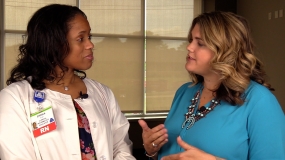 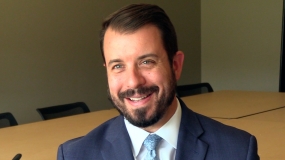 July 24, 2019 – Drew Early, vice president of operations for Memorial Medical Center, will become the next president and CEO of Decatur Memorial Hospital, pending the successful completion of its affiliation with the Springfield-based health system.

The nonprofit hospital’s board of directors approved Early’s appointment at its meeting on July 23. He is expected to begin his new role on Oct. 1.

Early has been with Memorial Health System and its flagship hospital, Memorial Medical Center, for 13 years. He has served as vice president of operations since December 2016, overseeing emergency and trauma services, environmental services, security, facilities design and construction, engineering, food and nutrition services and biomedical engineering.

Early earned his master of health services administration degree from the University of Michigan in Ann Arbor in April 2006. He received a bachelor of science degree in health care systems administration from Ferris State University in Big Rapids, Michigan, in May 2004.

Early and his wife, Krista, live in central Illinois and will relocate to the Decatur area. They have three children.

Larry Altenbaumer, chair of the board of directors for Decatur Memorial Hospital, said board members, the medical staff and hospital leadership have had the opportunity to meet with Early over the last few weeks.

“We are excited about Drew’s selection as our new leader and look forward to introducing him to the community in the near future,” Altenbaumer said. “Drew represents the combination of leadership and experience that is critical to advancing our board’s commitment to positioning Decatur Memorial Hospital to continue to be a leader in providing a comprehensive scope of high-quality, community-based health care services.”

In May, Memorial Health System and Decatur Memorial Hospital announced they had reached an affiliation agreement, which would see the Decatur hospital become the eighth affiliate of the health system, pending regulatory approval.

“Over the years Drew has served at Memorial, he has done an outstanding job of leading and managing multiple service lines at the hospital and coordinating with the health system,” said Ed Curtis, president and CEO of Memorial Health System. “Drew’s solid health care management skills will help guarantee the successful integration of Decatur Memorial Hospital into our system.”

Early’s previous experience at Memorial Medical Center includes serving as administrator of cardiovascular and emergency services, director of business development and support, and administrative fellow for the health system. He began his career with Memorial in June 2006.

“I’ve had the privilege over the last few weeks to meet many of the people of Decatur Memorial Hospital,” Early said. “I’ve been impressed with the hard work everyone is doing to ensure their patients receive great care. I’m optimistic about what we’ll be able to accomplish together as we serve the health care needs of the people of Macon County and its nearby communities.”

Early will assume the role of Decatur Memorial Hospital president and CEO from Tim Stone, who is stepping down upon completion of the pending affiliation after 24 years of service. He joined the hospital in 1995 as chief operating officer and has served as president and CEO for the last four years.

“Drew’s engaging, collaborative and high-energy style will help our high-quality Decatur Memorial employees sustain and improve our performance, both from within the hospital and also through our affiliation with Memorial Health System,” Altenbaumer said. 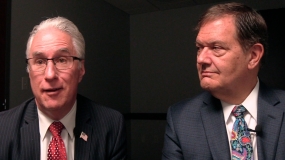 The boards of both nonprofit healthcare organizations reached an affiliation agreement in late April, with full affiliation set to occur on Oct. 1, 2019.

“Our organizations share a commitment to build healthier, stronger communities through exceptional care. This affiliation with Decatur Memorial Hospital and the physicians who serve those communities is a significant milestone in our efforts to increase access to healthcare across central Illinois,” said Ed Curtis, president and CEO of Memorial Health System. “With the addition of Decatur Memorial Hospital, we are able to do more for our region.”

Decatur Memorial Hospital has more than 2,300 employees and 300 medical staff and is the third largest employer in Decatur and Macon County. The hospital has received national recognition from U.S. News & World Report, IBM Watson Health, the International Commission on Accreditation of Rehabilitation Facilities and more.

“Both Memorial Health System and Decatur Memorial Hospital have a century-long track record of living out their missions to improve the health of the people and communities they serve. This affiliation will improve access to care in the region and strengthen Memorial’s commitment to the people of central Illinois,” Curtis said.

“Our patients are our number-one priority, and we are excited about the profound difference this affiliation will make in our community,” Stone said.

As an MHS affiliate, DMH will maintain local governance and leadership with day-to-day DMH operations managed by the DMH executive team. DMH also will maintain a local community board of directors, similar to the other MHS affiliate hospitals and will have directors serving on the MHS board. 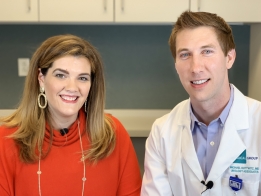