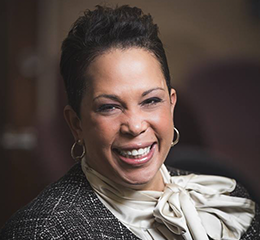 Danielle began her radio career with Clear Channel Radio in 2002 as an Account Executive.  She advanced rapidly and was promoted to NTR Director then General Sales Manager overseeing the Sales Department for Springfield, IL’s four station cluster.  In 2008, Neuhoff Communications purchased that cluster and in 2009 they promoted Danielle to the position of VP of Sales.  In 2017, Danielle transitioned into her new position as VP/Market Manager for Neuhoff Media Bloomington.

Over the course of her career, Danielle has been recognized for her accomplishments including:

Danielle has also been a presenter and panelist at many industry events including the NAB Show, RAB Show, International Idea Bank and the BMI/MIW’s Rising Through the Ranks Program.

A graduate of from Eastern Illinois University, Danielle has also achieved certification through the Radio Advertising Bureau as a Certified Radio Marketing Consultant, Certified Digital Marketing Consultant and Certified Radio Sales Manager. She is also a 2011 graduate of the Radio Advertising/BMI Rising Through the Ranks management program and was designated as a Mildred Carter Mentee in 2012.

Danielle has served the industry on many committees including the Illinois Broadcaster’s Association, Radio Show, and the NAB Education Foundation Media Sales Institute Task Force.

Following her dream, Danielle is the Owner of Outlaw Athletics est. 2014

2019 USTA Illinois Coach of the Year

Cheerleading Advisory Board Member for the Amateur Athletic Union