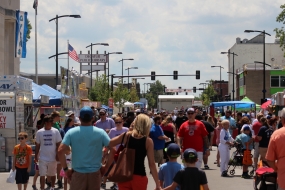 August 1, 2019 – In preparation for the Decatur Celebration, roads will begin closing Friday morning to prepare the  fences.  If you work downtown, prepare to park outside the Celebration footprint starting Friday morning even if the fences have not yet been erected. I you are traveling north on Franklin street, use the detour at Cantrell to MLK to proceed to Eldorado beginning tomorrow morning.

Merchant Street will be closed between Prairie and Main.

North Street will be blocked off east of Water and west of Jackson.