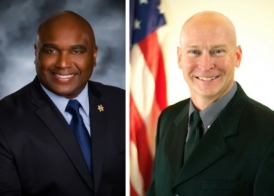 In an email Tuesday morning, Bean noted that Hickory Point 9 had been accidentally omitted from the list of precincts requested for review by Root. The Macon County Clerk also said that after consulting with the Macon County State’s Attorney’s office, that while he hopes to complete the recount Friday, he will remain in the position until Josh Tanner officially takes the post as County Clerk Monday, December 3rd. Bean also says that if the recount is not complete Friday, he will work with both interested parties, the Clerk’s Staff and Election Judges on how to conclude the process and when.

Bean said the recount will be conducted in Room 119 of the Macon County Office Building, 141 S. Main Street.