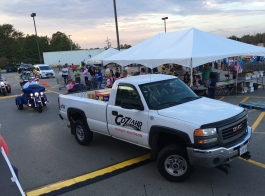 October 5 – With a surge of donations over the final hour, the 17th annual WSOY Community Food Drive reached its goal by raising 1.5 million pounds of food for area social service agencies and local food pantries. 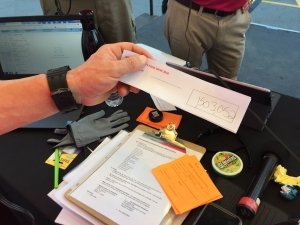 “From a community perspective, the community came out today and took care of its own. Seventeen years it has been doing this,” said Mike Hulvey, Vice President and COO of Neuhoff Communications, parent company of WSOY. “Communities much, much larger than ours do not have the same result that we do because this community truly cares about its own residents who need helping hands up, not hands out. That was what today was.”

The final total of 1,503,052 pounds of food brought the total amount raised in the history of Food Drive to nearly 11 million pounds.

“The goal is so important because the need never gets less and that need doesn’t get met, which is sad,” said Hulvey. “But we set a bar for the community to reach to take care of its own, and you want to hit that number.”

The last hour saw close to 160,00 pounds coming in, with matching donations helping reach the target amount. A large group from Coziahr Harley-Davidson was among the last to arrive just before 6 p.m. at the Kroger grocery store in Airport Plaza on East U.S. 36.

“That last hour was frantic, but when all those motorcycles pulled up and the food was coming out of the motorcycles and phone calls were coming in – magic,” said Hulvey. “Absolutely magic.”

St. Patrick Catholic School secured the top prize of $2,500 for collecting the most food among schools. The competition remained close with late donations coming in; final totals and prizes for the other top five schools will be announced Monday. 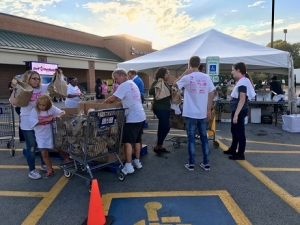 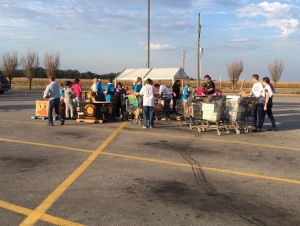 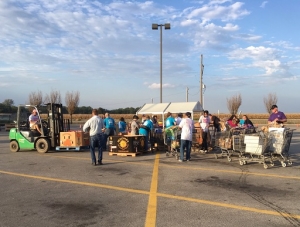 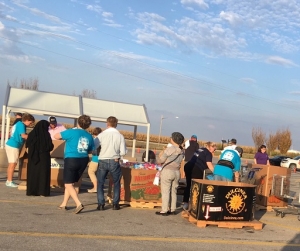