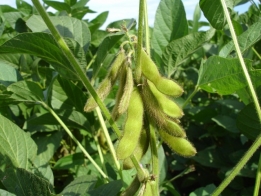 November 9 – A statement released Thursday says that Archer Daniels Midland Company and the COFCO Group participated in a signing ceremony that was witnessed by President Donald Trump, and President of the People’s Republic of China, Xi Jinping, on Thursday in Beijing, China.

This memorandum of understanding, which was signed by both ADM and the COFCO Group, which is China’s largest food processor, manufacturer and trader, for the export of U.S. soybeans into China, is a strong example of the two countries’ increasingly productive and mutually beneficial trade relationship. The U.S. and China are the world’s two largest producers and consumers of food, and together, both countries play a key role in helping to achieve food security not only for their respective populations, but for the globe.

ADM and COFCO are pleased to continue advancing agriculture as a basis for ongoing cooperation and collaboration between our two countries, and creating a foundation for a stronger overall bilateral relationship in the years ahead.