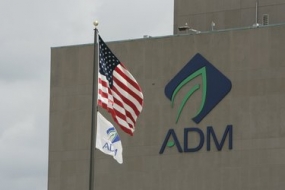 March 13 – Archer Daniels Midland Company (NYSE: ADM) announced today that it is continuing to expand its Animal Nutrition footprint in China with the construction of a new feed-premix facility in Xiangtan, in Hunan Province, central China, and the addition of aquaculture feed production lines at its existing Nanjing complex in Jiangsu Province, eastern China.

“One of the main pillars of our strategy to increase shareholder value is enhancing our footprint in areas of growing demand,” said Brent Fenton, president, ADM Animal Nutrition. “Population growth and higher disposable incomes are continuing to support increased animal protein—and thus animal feed—demand in China. Our new Xiangtan feed-premix facility—our fifth animal feed plant in the country—will position us to continue meeting this increased demand in the central part of the country, and the addition of four aquaculture feed lines at our Nanjing plant will offer us entry into the growing Chinese high value specialty aquafeed market.”

The Xiangtan plant will have the capacity to produce 120,000 metric tons annually of premix, concentrate, animal-complete, and fish-complete feeds. It will be strategically located to supply products to customers in three provinces in central China: Hunan, Hubei and Guangxi. The facility will employ about 120 people. The aquaculture lines in Nanjing will be capable of producing 50,000 metric tons of extruded and pelleted feeds during the six-month aquaculture season that runs from April to September. ADM is targeting completion of both projects in early 2019.

The new plants will add to ADM’s network of animal nutrition facilities in China; the company operates premix facilities in Dalian and Tianjin in the northern part of the country, as well as the Nanjing facility in eastern China and the company’s new plant in Zhangzhou, in southern China, which is expected to be complete by summer 2017.