DECATUR – Decatur’s skies were dotted with airplanes this weekend for the Young Eagle Flights at the Decatur Airport.

The Experimental Aircraft Association held a pancake and sausage breakfast on Saturday and also offered free airplane rides to young, aspiring pilots.  EEA Board member Al Gerhold says kids ages 8-17 got a chance to take a flight around Decatur.

“We let the kids fly a big loop around town for free,” says Gerhold.  “When they land, they get a certificate showing that they took one of our Young Eagle flights.  It is basically just a chance to give the kids some experience in flying, so if they develop an interest, they have an idea of what it is like.”

Josie Bush got a chance to go up in one of the small planes and says she had a great time.

“It was so fun flying,” says Bush.  “I got to see the Mickey Mouse house and that was probably the coolest thing.”

“I beat out the boys in a rock, paper, scissors game so I got to sit in front during the flight,” she said.

Gerhold says this is the 3rd Young Eagle flights of the summer.  He says it is important to get kids interested early, because when they are young they are fearless.

Young Eagle Coordinator Sue Durbin says they love to host these because aviation is a cool thing.

“We just introduce these kids to flight,” says Durbin.  “We want the ones who really get excited to stay excited about aviation.  We hope to make pilots out of a few of these kids because we want to keep general aviation going.”

Gerhold says it looks like there might be a shortage of pilots coming up in the next generation, so he says the goal of the national branch is to keep producing pilots.  Durbin adds that events like the free flights usually see hundreds of kids, and dozens of them sign up for the Young Eagle program to continue their interest in aviation. 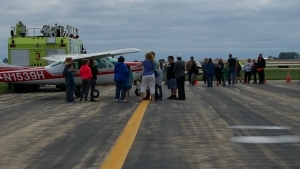 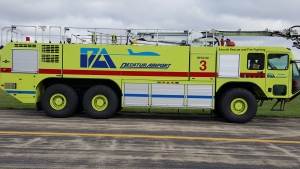 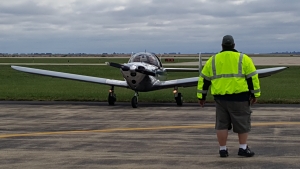 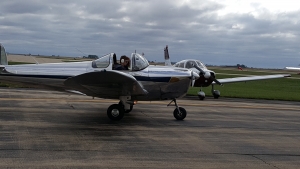 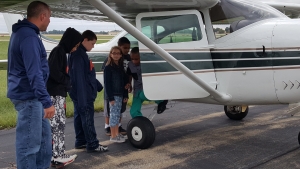 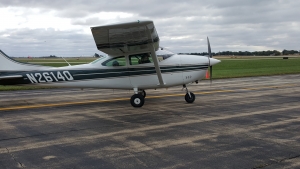 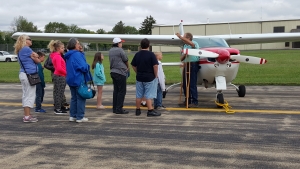 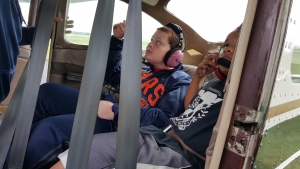 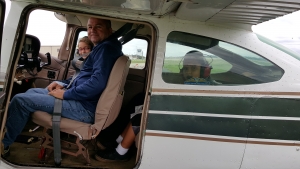