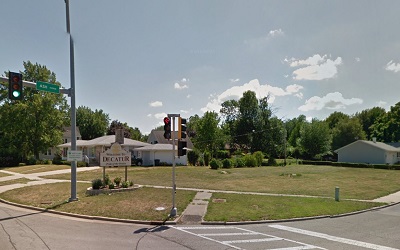 DECATUR—A proposal to move the Aldi grocery store from its current location on Pershing road to a new location on the corner of Ash Avenue and Rt. 51 North is moving on to the full City Council for consideration.

The proposal approved requires the rezoning of four residential lots on or near Ash Avenue to become commercial lots, Aldi would then purchase the homes on the land that it needs, demolish the homes, and build their new store at that location.

Over 100 area residents attended the Planning Commission meeting Thursday afternoon where the proposal was discussed, many of whom were not in favor of the planned development.

“We have lived in our home for over 20 years and if this goes through, this new grocery store would be right across from our home; I don’t know how we would get out of our driveway with this added traffic,” Julie Bresnan said. “This is an established neighborhood with nice houses, we are afraid that this could be the beginning of the end of our neighborhood.”

Many of the residents speaking against the development echoed Bresnan’s statements, adding they were concerned about traffic backing up at the intersection, the threat of more traffic accidents, and the safety of the kids who ride their bikes or play outside.

Bresnan’s husband, Tom said he was concerned about further developments following, “What is stopping them from coming after the houses that are next to this new Aldi? Who is to say they won’t want to build a strip mall or shopping center after this? It’s just going to continue to erode the neighborhood; it’s going to take time, but it’s going to happen.”

The consulting team tasked with getting the proposal approved constantly referred to the intersection as ‘one of the busiest intersections’ in Macon County. Numbers sited during the meeting showed that as many as 3,400 cars passed per hour on a week night and 3,000 on a Saturday afternoon.

Assistant City Manager Billy Tyus said decisions like this are always difficult because not everybody will be 100% happy with whatever the decision is, but they are necessary to move the city forward, “We are tasked with doing what is best for the city in terms of business as well as making sure our residents are content, as well. The city planning commission’s decision tonight we think did that.”