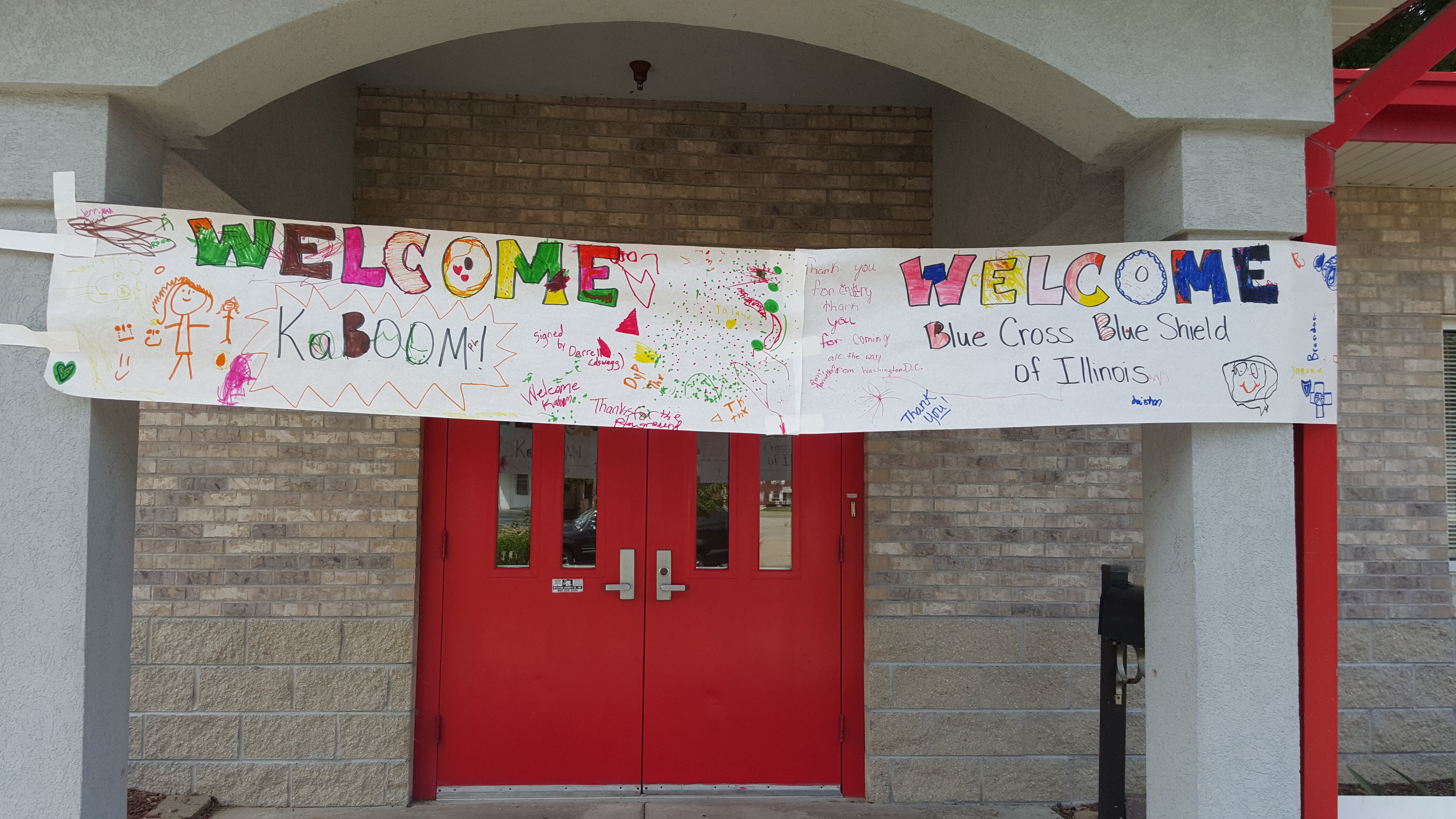 DECATUR – A new playground facility will be coming to Decatur’s Peace Park thanks to the non-profit group KaBOOM.

KaBOOM is a national non-profit that helps build playgrounds all over the U.S.  With a generous donation from Blue Cross Blue Shield of Illinois, a 3000 square foot playground is finally coming to reality.

On Tuesday the preliminary dimensions were staked out in the lot behind the Old King’s Orchard Community Center in Peace Park.  Director of OKOCC, Alida Graham says they are excited they are getting the playground.

“We thought we had a playground about a year or so ago, and unfortunately it fell through,” says Graham.  “We were pretty disappointed, but this is a great opportunity to make those dreams come true for the kids in this area.”

Those children from around Decatur were also brought in and asked to design their own vision for the best playground they could think up at the event on Tuesday.  Graham said those designs will be put in consideration for the playground.

“I think KaBOOM will consider some of the children’s ideas when designing the playground,” says Graham.  “KaBOOM actually brought pictures of components in some of their normal playground designs and the kids will get to choose which of those things they would like to see at their playground.”

Looking ahead, Graham says the next hurdle is raising $8,500 as OKOCC’s contribution to the project.  She says Blue Cross Blue Shield already invested $85,000 towards the project.

Graham says build day is planned for Saturday, September 26th.  She says OKOCC will need 100 volunteers from the community to help build the playground.

For more information about Old King’s Orchard Community Center, if you are interested in contributing to the fundraising effort, or if you would like to offer your services for the build day, you can visit their website at okocommunitycenter.org