DECATUR – Dozens of members of the Decatur community came out to some of the parks this evening to celebrate the 32nd annual National Night Out.

NNO is a campaign that involves over 16,000 cities in all 50 states.  Director of Neighborhood Services for the City of Decatur Richelle Irons says Decatur’s walk involved local government officials, citizens, law enforcement agencies, civic groups, and business that traveled to 4 different Parks here in Decatur.

Irons says she was definitely impressed with the turnout at the event.

“So many people came out for this year’s event,” says Irons.  “I think the best part for me was getting out and meeting other residents of the city and talking with them about the problems they might have in their neighborhood.”

Irons says meeting at the parks seemed to be a lot better than going to individual neighborhoods as more people came out for the different events at each park.  The event started with a brief press conference at the Decatur Civic Center where a caravan was set up with police officers, park rangers, sheriffs, and buses holding members of the community.

During the press conference a member of the community was named the grand marshal of the NNO. This year, that person was Michael Day.  Day says he was honored to be given the title and he thinks this event is very important to Decatur.

“This is a very friendly and informal atmosphere,” says Day.  “I have made a lot of friends throughout the years and am always happy to make more.  This is just a great opportunity to have a nice evening out where everyone understands that we need to work together outside of just this day to make Decatur safe.”

Each stop featured a different event.  One of the highlights at every stop was the Decatur Power Tumblers, who performed for the community at each park.  First stop was Nelson Park, then to Johns Hill Park, next was Kiwanis Park, and the event finally concluded at Monroe Park. 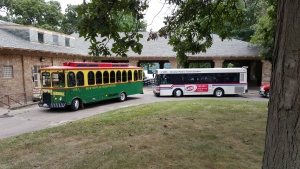 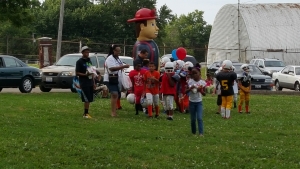 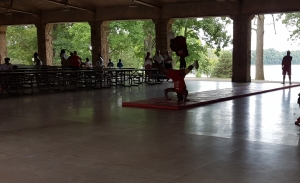 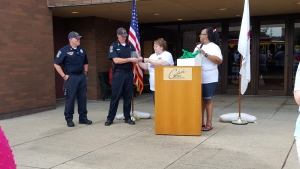 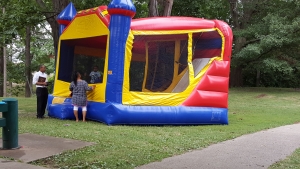 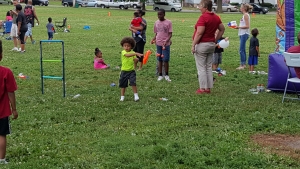 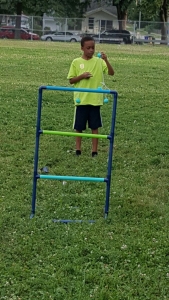 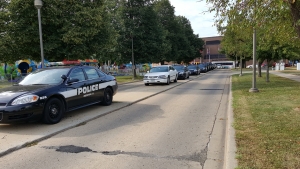 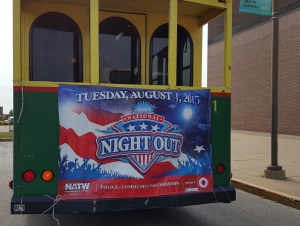